It is a restoration where we profited from a old dryer of pineapples where the seed was obtained for reforestation, and a forest house located in the village of Orea, a border town with the province of Teruel and one hour from Molina de Aragón.

The old building was composed by a higher central area where the dryer was located and two perpendicular sides comprising stores and a small house.

Given the strict limitation of not modifiying the existing volumen, the building was emptied inside and the project was presented as a promenade around the central module leaving the small house in the same position, transforming the headwall to the city into a big window from where to see the exhibition and extending the access porch to signify the entrance.

The requirement to use plaster or stone in the facades and tiles in the roof allowed us to recover an old quarry of rodeno stone, named after the type of pine located in the area. It is a sandstone with a reddish rusty difficult to find in other stones.

The stone was cut in pieces of 6 cm thick and it was left open to prevent frost cracks in an area where winter can get to -23. 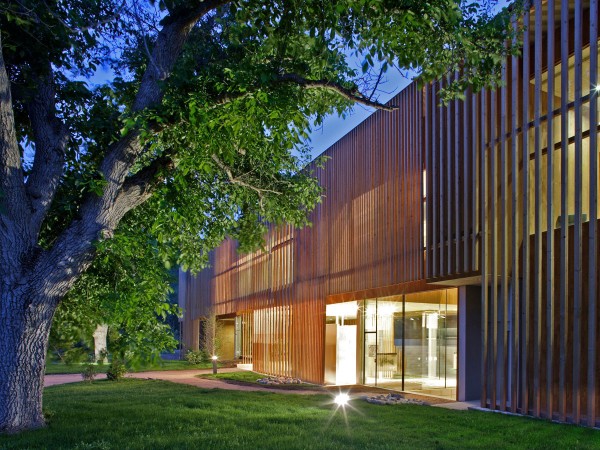 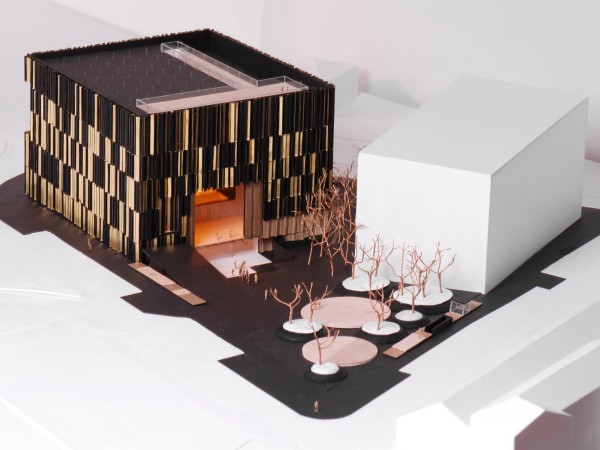 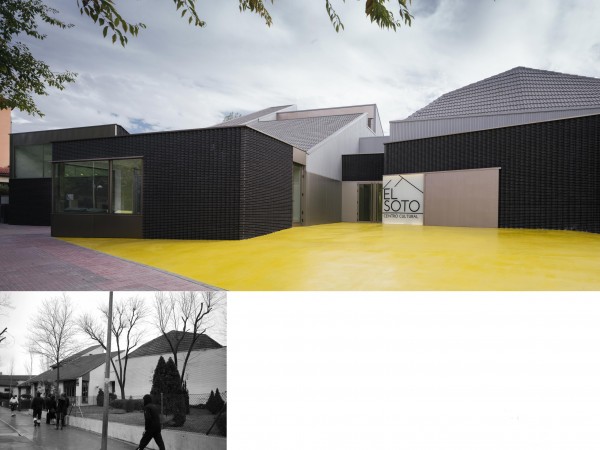